Their legacy began in 1997, when Campbelltown MC, Raw (under the Cannibal Tribe moniker), appeared on the compilation “Hidden Treasure“. He featured on the DJ Vame (Def Wish Cast) produced cut “Suspects“, alongside original 046members, Tormetum and Son of Mad Dog(Gung Ho). Present during recording was Capital Punishment member, the Holy Sinner. The western Sydney rapper was greatly impacted by Raw’s rhymes, the two later becoming good friends, both appearing on the song “The Last Run“, for the “Basic Equipment” soundtrack. But the through various guest spots, Raw’s plans for the Cannibal “Tribe” stayed strong, and he began collaborating with long-time friend, and original 046 member, Mr Karma. The two recorded the track “Desert Storm“, and with Sinner officially joining the fold soon after, the momentum which led to the 1999 album “Misery”, had set in.

2003 sees the return of Sydney Hip Hop’s favourite sons, the Cannibal Tribe, with their hard-hitting new album, “Alive“. The Campbelltown/Western Sydney crew, consisting of MCs Raw, The Holy Sinner and Mr Karma, deliver 15 tracks of pure, rugged, street Hip-Hop. With internationally acclaimed production by DJ Vame (Def Wish Cast) and old-school veteran Nayss, “Alive” is the album Australia has been waiting for since the group’s awesome debut, “Misery” in 2000. “Alive” is out now through Hardcore Classic distribution, and at all JB HiFi stores.

With the title track “X Alive” already causing a storm amongst the underground scene, tracks such as “X Crazy Days” and the emotional “Life Is A Circus” are guaranteed to do the same throughout the urban Hip-Hop scene nationwide. The tribe is known for a live show unparalleled in raw energy, which has been showcased on Triple J, and witnessed through their many shows across Australia.

“Alive” is also a dedication to the Tribe’s founding member Raw, who was lost in 2002 to health problems. The “Alive” CD contains a PC-compatible “Enhanced” section, featuring photos and a clip dedicated to the Hip Hop legend. Having finished recording his vocals prior to his tragic passing, “Alive” serves to further showcase the formidable talent and rhyming skills that made Raw arguably the greatest MC to call Australia home. 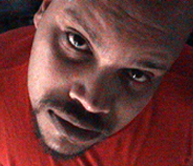 Cannibal Tribe represents one of the few Hip Hop groups capable of expressing raw emotions through their lyrics. Alive is street Hip Hop that pulls no punches, is true to where it comes from, and is delivered straight from the heart. Including collaborations with FWP and Impact, Alive is available now. 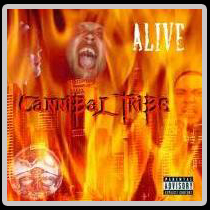